Installing the Telephone in the subsriber's home 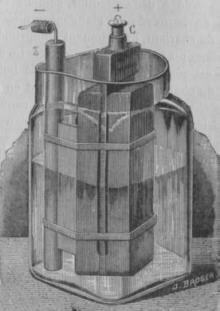 The installation varies from one telephone to another. Here are the most common connections : 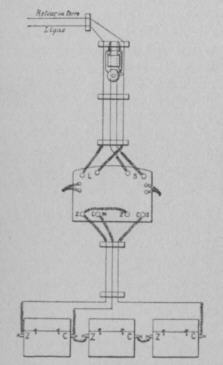 Installation of a type 1 Ader transmitter 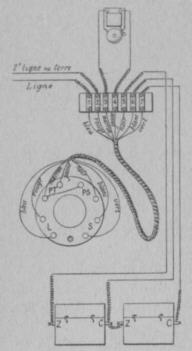 Installation of a type 4 Ader transmitter 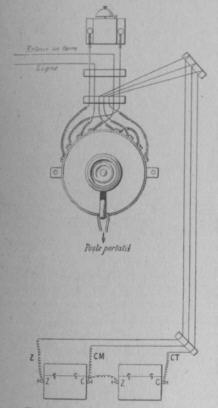 Installation of a type 8 Ader transmitter

To add convenience, the S.G.T. also offers arm-rests :
"The S.G.T. informs us that it installs, on request, arm-rests designed to relieve tiredness during a long conversation" (La lumiŤre ťlectrique, 1883) 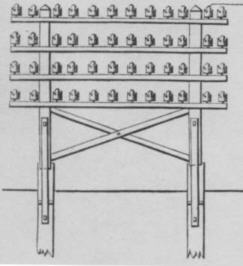 On leaving the subscriber's home, the telephone network is aerial. The first system consists of steel cable 2 mm in diameter with return to the ground. Ternant described the network in 1884 in the following terms :
" The wires spread out in clusters above the roofs or on poles placed in the streets. The wires are connected to porcelain or hard rubber insulators fixed on wooden struts or on iron angle bars attached to iron supports" 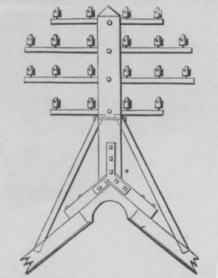 The S.G.T. quickly adopted a system using double copper wires to avoid interference. The wires linking seven subscribers are gathered together in one cable inside a lead casing. The cable is brought down the front of the house or the basement steps right to the sewers. 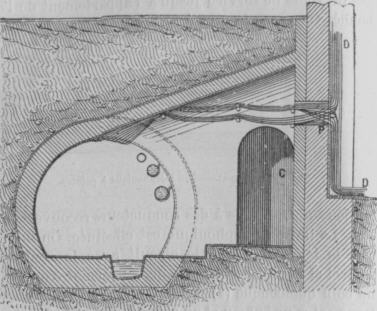 Installation of cables in the sewer

All the cables enter the telephone exchange through a lead-in. This lead-in is a wall vent, opening on to the sewer and closed by a thick bronze plate with holes for the cables to go through.

Cross-section of the telephone exchange at the Opťra 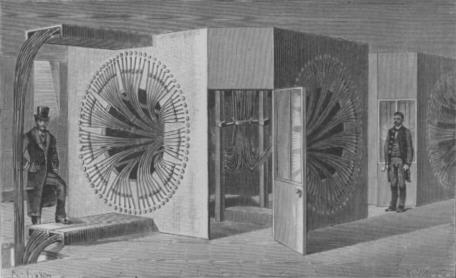 The rosette formed by the telephone lines

The clusters of cables stretch towards a huge circular wooden frame standing vertically. The cables are separated and each pair of wires, corresponding to a subscriber, is fixed to the circumference of the frame by means of a brass clamp to which is attached an ivory counter bearing the name and number of the subscriber. All these wires spread out over the frame, forming a huge rosette. 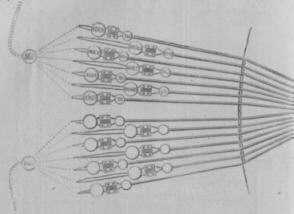 The battery room and the laboratory are also located in the basement.

The basement in the telephone exchange

The wires run from the rosette in the basement to the ground floor and spread out behind a wooden board carrying the switches. 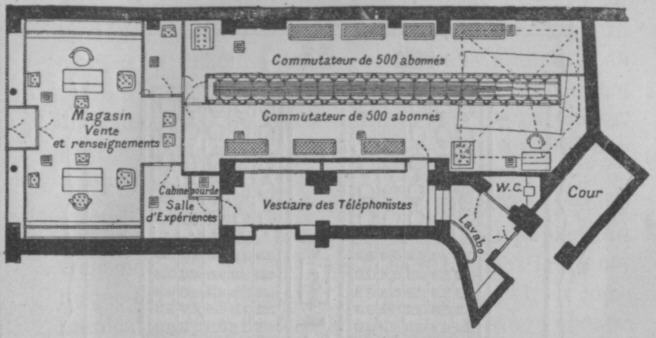 The ground floor in the telephone exchange

The operators in the switchboard room connect up the subscribers. When a subscriber wishes to telephone :
"He presses several times the call button of his transmitter. An electric current runs along the line and causes a small disc, the call indicator, to fall in the telephone exchange, revealing the subscriber's number. At the same time, a bell rings in the exchange. The subscriber has by then lifted his receiver off the hook and can speak to the telephone operator. The subscriber gives the operator the name of the person he wishes to contact. The operator rings this person to tell them that someone wishes to call them. If he accepts the call, the operator joins the wires of the two subscribers with a flexible junction cord and the two can communicate" (Henri de parville, 1883). 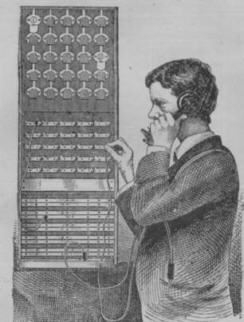 The switchboard room is described thus in the "Journal de Rouen" in 1881 :
"Imagine a narrow room, its wall covered with switchboards, each of them serving 30 subscribers and each one designated by a colour. The name of each subscriber is written on a little white card. Below it is a little copper disc known as a call indicator that is held up by a mobile hook and falls when the subscriber's bell causes an elecric current to run along the line. Below the name there is a small copper plate with two holes known as jacks. When she hears the call the operator, who has a pair of copper plugs connected by a long metal wire, places one of the plugs in one of the two holes. She then inserts the second plug in one of the jacks or holes situated under the name of the subscriber that the caller wishes to contact." 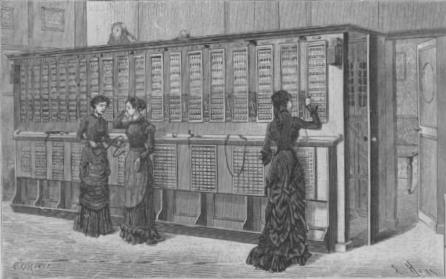